The 22 Best Sad Love Songs That You Can Cry To

Sad times hit us all now and then, and it’s completely normal, but music always helps. 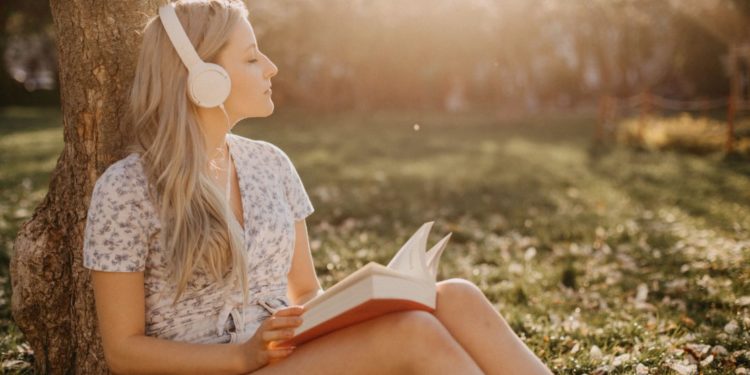 Before we begin, we should address the elephant in the room: You found this article because you’ve been searching the internet, probably in a state of considerable melancholy, for “sad love songs you can cry to” or similar. In light of this, let’s begin by saying we hope you’re alright, friend. Sad times hit us all now and then, and it’s completely normal, but music always helps.

Sometimes an upbeat, moving-on tune can lift us from our little puddle of sorrow. But, on occasion, the only thing that works is to blast a weepy ballad and cry it out. It can be quite lovely, a good cry. It sort of feels like taking a shower after a long, arduous hike. It’s cleansing.

To help you in your time of need, we’ve assembled a collection of some of the weepiest tracks out there. We selected a real mixed bag because everyone’s heartstrings ring out a little differently. Some tracks are modern, emotional pop bangers, while others are evocative hits from decades gone by.

We’ve split our playlist into two distinct kinds of sad love songs you can cry to, starting with those that will cause you to shed a single, dignified tear.

Easing into our collective sorrow we have one of Fleetwood Mac’s greatest ballads. The ideal soundtrack for nursing a mug of coffee and staring wistfully out at the rain.

Amorphous pop sensation The 1975 vocalize a confusing feeling which will be well-known to anybody who’s gone through a tumultuous break-up:

“No, I don’t want your body/but I hate to think about you with somebody else.”

If you don’t mind having your tears coaxed to the fore by Olivia Rodrigo singing about her first boyfriend, you’ll love Driver’s License, a tender, melancholy exploration of young heartbreak.

People, I’ve Been Sad – Christine and the Queens

Why do sadness and synths go so well together? On this pensive track, the eponymous French singer explores loss against a backdrop of violins and bassy, head-nodding synths. A perfect accompaniment for a mournful night-time drive.

While not exactly about heartbreak — in fact, almost the opposite — this thoughtful, relaxing song makes for an ideal backing track to lying in bed, staring at the ceiling and wondering what the hell went so wrong. Brilliant!

“Don’t come with your arms swinging/Throw them around me.”

A strong candidate for the sexiest sad song to cry to in this list, the pain in Charles’s voice is evident from the very first line. Give it a listen and we guarantee within eight bars you’ll be spirited away to a gloomy jazz club, sitting with a half-empty tumbler, clutching a sepia photograph in a trembling hand. Just what the doctor ordered.

We’ve all been there at some point in our lives: Messed up a happy relationship because of a slight overindulgence or a sudden, unforeseen burst of selfishness. It’s easily done, and when it happens this is the perfect wallowing-in-hungover-regret banger.

“You’re not here/And there’s no one to blame but the drink and these wandering hands.“

Bob Dylan’s bitter ballad about an ex-girlfriend is particularly needling for anybody who has ever found themselves walking away, tempted to look back with every step.

“When your rooster crows at the break a dawn/Look out your window and I’ll be gone. You’re the reason I’m traveling’ on/But don’t think twice, it’s all right.“

Has sorrow ever sounded so good? It almost makes you want to head out and get heartbroken all over again, if only to understand better the emotions that Amy Winehouse so effortlessly croons in her distinctive smoky voice.

Now we’re into the serious crying tunes. Rihanna’s powerful duet doesn’t tug at the heartstrings so much as give them a solid yank. Ouch.

About her difficult relationship with Jay-Z, Beyoncé doesn’t hold back from bearing the couples’ secrets. It’s the song’s transparency and honesty that lend it extra power and gravitas.

At the end of what’s already an emotionally devastating movie, Lady Gaga saw fit to leap out and club us over the head with this piano-led anthem. It’s almost painful to listen to, a guaranteed tear-bringer.

They get a lot of hate, Coldplay. But goodness, those guys know how to pen a chorus to bring a crowd of thousands to puffy-eyed, limp-limbed blubbering. Top marks.

Look, it’s a little bit hackneyed by now, but for some of us (ahem), this one still does the trick. All together now, eyes closed:

I Will Always Love You – Dolly Parton

Yes, Whitney did it bigger, but there’s something about Dolly Parton’s original version — the nakedness, the palpable empathy — which makes it hopelessly emotional. Listen to this in public at your peril.

Okay, it appears on every sad song list out there, but there’s something eternal about Fast Car. In her lyrics, Tracy Chapman expertly paints a picture of a young woman searching for hope, even as her love life crashes around her. Long live the queen.

All Things Must Pass – George Harrison

Sad love songs can make you morose, and may even draw a tear, but it’s the little explosions of hope that really crank the waterworks. George Harrison’s sweeping noble admission that “all things must pass” not only laments but consoles in times of need.

There’s something unearthly about the final track on Alt J’s debut album. Chronicling the doomed romance of war photographers Gerda Taro and Robert Capa, the song goes beyond the realms of mere sorrow and ends up somewhere in equal parts stunning and profound. You will bawl.

Love You Till the End – The Pogues

If you’ve ever watched P.S I Love You then you already know this song’s uncanny ability for causing otherwise-jovial people to erupt suddenly into a bewildered fountain of tears. Works like a charm, every single time.

Dry Your Eyes – The Streets

The down-to-earth urban poetry of the Streets was their genius. Never before had a break-up been detailed so vividly in such everyday language. It’s the rawness of the lyrics that resonate and every single person on earth, at some point in their lives, will experience this. Which is very sad, of course, but also… quite lovely.

Someone Like You – Adele (Live at the Royal Albert Hall version)

Well, we made it to the end of our playlist of sad love songs you can cry to. If you’ve not yet shed a tear, get ready. As if Adele’s masterful break-up song wasn’t emotional enough by itself, this version performed at the Royal Albert Hall in 2011 was jaw-droppingly gorgeous. During the final chorus, when the whole crowd sings along, something in the air changes. It becomes evident that every single person present in the hall has been through the same thing. There’s a connectedness born through the music which defies words. Suffice to say, this video should come with a bawling warning.

Keep Your Chin Up!

Whew. It’s been a journey. And now, if you feel ready to pick yourself up, dust yourself off, and hold your head up high, may we suggest British noughties pop band Five, with their smash hit, Keep On Movin’. Keep your chin up!

Signs that you are Dating a Creep

How To Kiss Someone And Take Their Breath Away: 5 Tips

Are You Giving Enough Time To Your Partner?

Signs that you are Dating a Creep

7 Signs that you are in a rebound relationship

Follow These Steps To Heal After A Toxic Relationship

30+ Songs About Strong Women for Your Girl Power Playlist

Are You Giving Enough Time To Your Partner?